Priority Matrix uses 4-quadrants to help you focus on top priorities and projects. Learn how Priority Matrix creates a central source of truth so you can coordinate all the work your team needs to do. Priority Matrix for Office 365 helps you manage emails, share team priorities, and get more out of Microsoft Teams and Outlook.

There are many different types of leadership in the business world.

Some leaders are hands-on while others are barely there; if you are entering a new leadership position then you maybe on the hunt for your own personal leadership style. One method of leadership is called Stealth Leadership, in which a leader stays in the background while still implementing big changes. 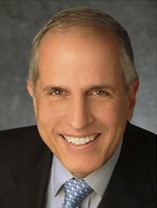 In this interview, we spoke with expert stealth leader Michael Critelli, the former CEO of Pitney Bowes, and the current CEO and President of Dossia Service Corporation.

Critelli is a Harvard Law School graduate, a member of the North American Advisory Boards of Alexander Proudfoot, and was a producer on the feature film “From the Rough”.

The Key To Stealth Leadership

Stealth leadership is a style of leadership in which a leader, in this case a CEO, leads their company an invisible hand while enabling team members to “achieve significant change” and allowing people to “think it was their own idea”.

When executing Stealth Leadership it is important to remember that, “you get far less resistance if you make [the change] seem small. People are frightened of big change… people are afraid of the unknown…” 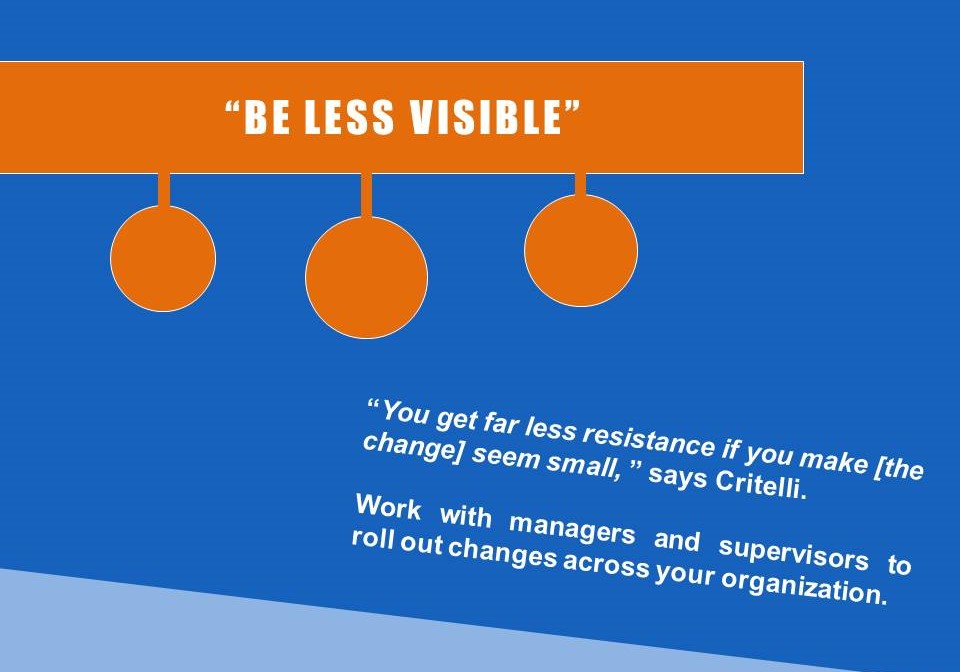 Tweet this quote!
So how do you eliminate the fear of the new and unknown?

Critelli says that you should “describe things, but don’t deliberately hide things.” He learned over time that the same incentives occurred when describing plans and ideas in a “less drastic way”.

He also spoke about “the power of language”.

Citing the book “The End Of Government As We Know It“, written by Professor Elaine C. Kamarck, he explained that the “Government can set performance standards… not nit picking.” If you as a leader want to make a change, if it is done on a much “less visible level there will be far less resistance”.

As mentioned earlier Critelli was a CEO once before at Pitney Bowes Inc., a provider of global eCommerce solutions, as well as mailing and shipping products, before he transitioned into the position of CEO at Dossia.

If you are transitioning into a leadership role, perhaps at a new company, here is what Michael Critelli has to say about being a leader at a new company: “Dossia was much harder for stealth change.”

As discussed before, people can be resistant to change, and having a new CEO is a major one.

Critelli advises to “stay in the background, not to use level leverage with other people’s bosses”, and to go, “through the process with laying groundwork.”

People don’t like feeling that change is being forced upon them, so by allowing their supervisors to implement the changes you would like to see provides the best opportunity for a successful transition.

The Art of Skip Level Meetings

Critelli also uses Skip Level Meetings as part of his leadership approach. A skip level meeting is when a CEO or simply a higher up manager meets with their employees.

Skip Level Meetings aren’t used because “immediate [employees] are hiding things,” Critelli explains. Rather, “they summarize things that they believe are important.”

“Going down a level gives insight,” he says.

Talking to the front line workers can be very beneficial “because what may not seem important to them may be important to you.” Speaking with these employees will allow you to “connect the dots” and see the company as a big picture. 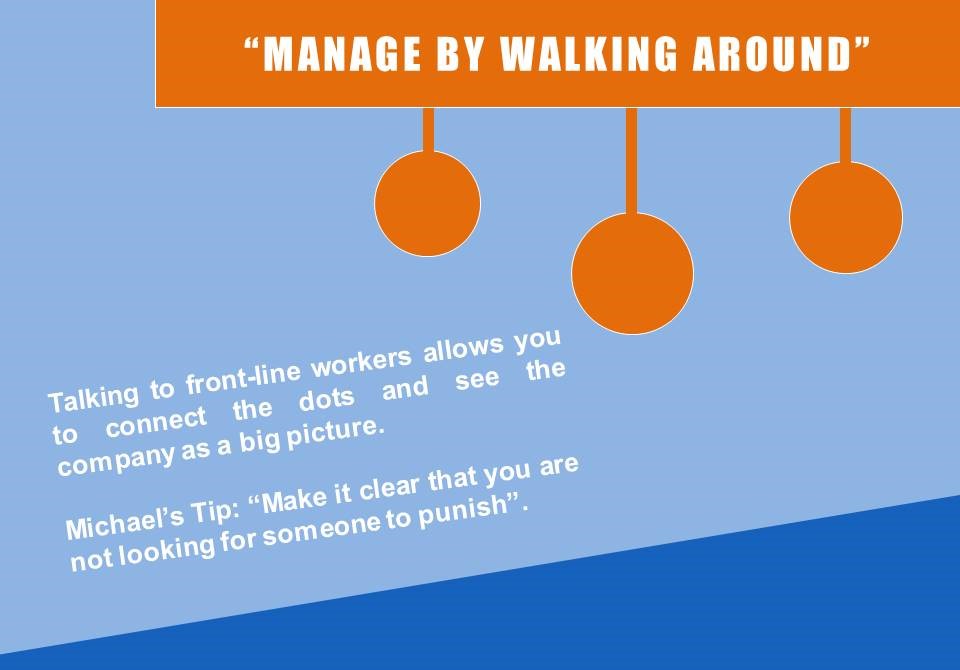 You might be wondering, how does Critelli make his employees feel comfortable while speaking to their CEO?

Well, Critelli believes in “managing by walking around”.

Getting to know his employees, he also says it is very important “to not come across as threatening. Pay attention to not punish people for what they say.”

Using the American commercial airline industry as an example: they have implemented a “no fault system”… led by the FAA and [the system] is both confidential and “no fault.”  Airline employees do not present problems directly to their managers and supervisors unless they choose to do so… the commercial airline industry has produced a far safer service than would have been produced without the ‘no fault’ system.”.

This enables employees to feel comfortable discussing things with their managers and supervisors, because they know that blame will not be cast on them for mistakes.

The most important thing to keep in mind during skip level meetings is to “make it clear that you are not there to find somebody to punish”.

Symbolic Action and Being Part of the Community

“How you symbolize accessibility [to employees] is very important,” Critelli states.

He then told a story of how he became the assistant baseball coach for his son’s team. This action allowed him to donate to the little league team and show that he and his company were part of the community.

He also spoke about changes he made to Pitney Bowes sales conference. They “invited spouses and partners… tuned down the serving of alcohol… and implemented ‘Community Make-a-Difference Day'”.

These changes allowed employees to get to know one another and kept the company from “going wild” in the community. Instead of going golfing, Critelli, “volunteered with other workers to clean up a beach in Bermuda or paint a classroom.” 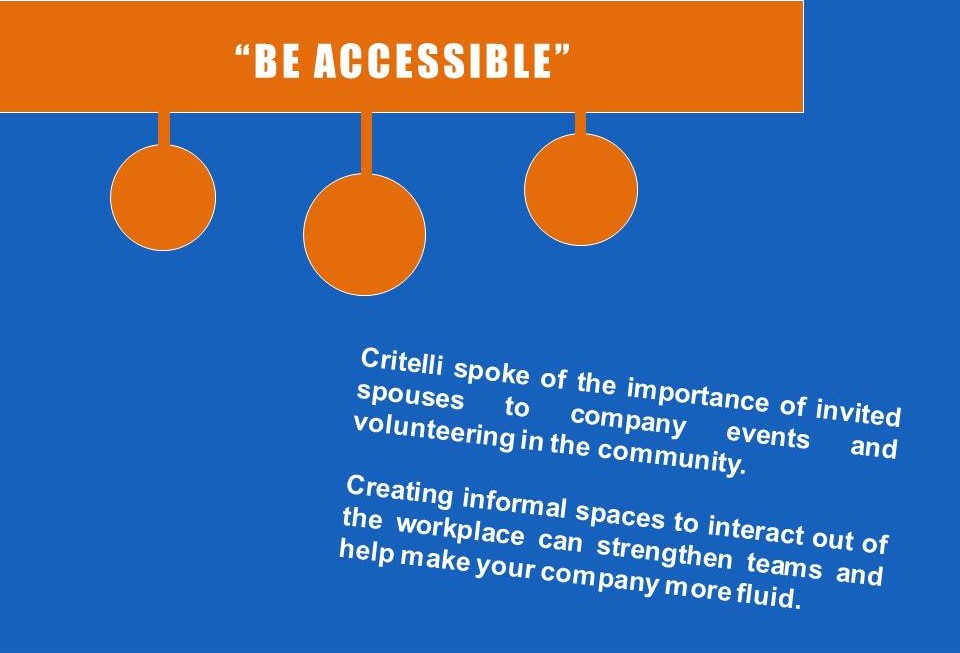 Share this infographic!
Due to these changes the company was asked back in the years following because of what they did to help the communities they visited. These conferences also allowed Critelli to “create informal out-of-workplace interactions“ with his employees, and with the help of his wife who was able to speak to his employees’ spouses and gain valuable insight.

“The most important thing is to be accessible; don’t do things that create barriers. Going beyond is critical to success.”

To learn more about Mike Critelli make sure to check out his blog !

Priority Matrix uses 4-quadrants to help you focus on top priorities and projects. When you use Priority Matrix, you become more accountable to yourself, and ensure that you are spending time where it matters most. Learn more about Priority Matrix.

Our Most Popular Posts